Dialogues – An International Film Festival in the City of Joy

I have a real love-hate relationship with Kolkata – the city of joy. Every time I come to Calcutta, I usually keep no expectations – thereby it surprises me. Everything that befalls is a novelty for me. After all, I started my career in journalism with The Telegraph (ABP) in Kolkata almost a decade back…everything that I learnt, a lot came from my former editor in The Telegraph and also from the city itself. So, when I saw the invite by Shreosi (Ray) of Sappho for Dialogues, an international film festival in Kolkata. I found it to be an opportunity to delve deeper into the city of joy and explore the space that Kolkata offers to its dwellers. Dialogues was a great experience where people from all walks of life came together to create a space which gives equal respect to everyone. I must say, it’s an awesome experience, words fail me. I am so grateful that Dialogues happens every year in Kolkata – the city of joy.

Met with an old pal, Rishav who is a young and talented fashion designer. I am sure, he will go a long way.

That’s Friso (Maeecker), Director of Max Mueller, Kolkata speaking about the film festival. I really adore him, he has been working in Max Mueller since past 12 years and started in MM a decade back as intern. He loves Kolkata and we do hope he stays here in the city of joy for many more years. 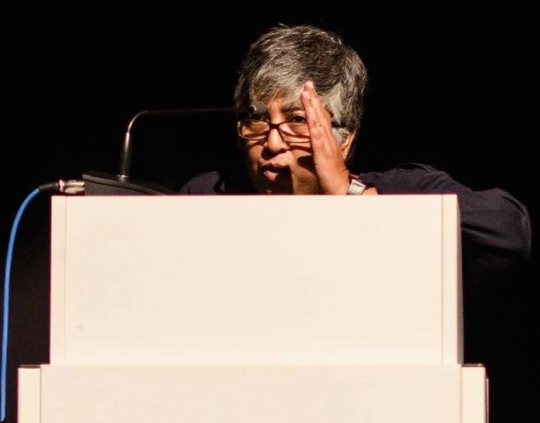 That’s Meenakshi (Sanyal) – my favourite, I just simply adore her for her simplicity. She is the managing-trustee of Sappho and a well-known activist in the city. Her contribution to the society is immense.

That’s Shreosi Ray (extreme right), one of the program officers for Sappho. She invited me for the film festival and I am glad it was an experience that I am sure I needed in Kolkata. May Sappho become bigger and better in years to come.

That’s Monami who performed a beautiful dance recital at the inauguration ceremony of Dialogues. Latter on, we chew-the-fat at the cafe and she explained us more about her dance. Her performance was brilliant and heart-rendering. 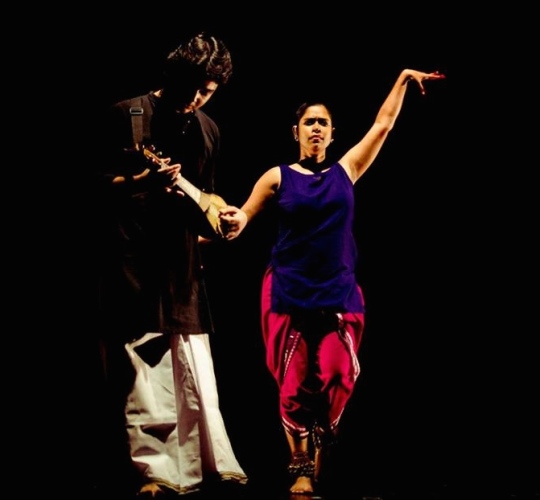 Another glimpse from Monami’s dance recital at the opening day of the film festival. 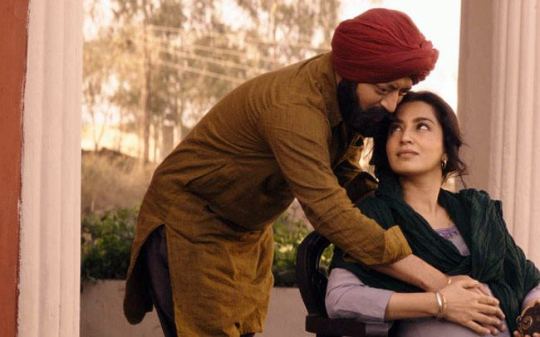 I was impressed by Qissa. Not biased because one of my old friends from Mumbai (Tisca Chopra) was playing a role in the film. Last time I met Tisca was over the luncheon at Marriott in Mumbai where she spoke about her role in fighting breast cancer. Here, her film portrays the stereotypical patriarchal society and allows us to question ourselves that “Shouldn’t the society be equal for everyone to live freely without any discrimination?” I adore Tisca and Irfan Khan’s acting, but I do wish the film would be more appealing for the audience. Still a very good watch. 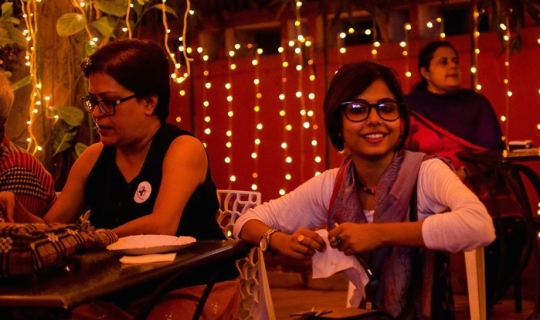 That’s the cafe during the film festival. It definitely looks beautiful, also became a great point of adda for the audience.

Life moves on. But whenever I am in Kolkata, it seems like the entire city is standstill, because it reminds me of my past. It’s been almost a decade I am living out of Kolkata, but whenever I am back in the city of joy, it surprises me – and some of them are indeed nice and beautiful. Cheers! 🙂

Do you feel films are a mirror to the society? Tell edit.souboyy@gmail.com