Yes, recently I was invited by EyeCatchers, a hair spa in the city to meet emerging actress Veena Malik who had come for her promotion of upcoming film ‘Zindagi 50-50’. The less I speak about the interaction, the better it is… However, Veena seemed like a pretty chilled out girl with dreams in her eyes, especially to play strong female characters in her films. I asked her, ‘What do you know about Calcutta?‘ and she smiled, ‘I only know Bengalis are sweet as rosogolla!‘

Well, Veena I am sure some of the Bengali college kids might find you sugary like a Bengali candy! 😉

Well, this meeting with Veena was somewhat  accidental, but I have to say that I am glad I met Bollywood’s controversy queen! 🙂 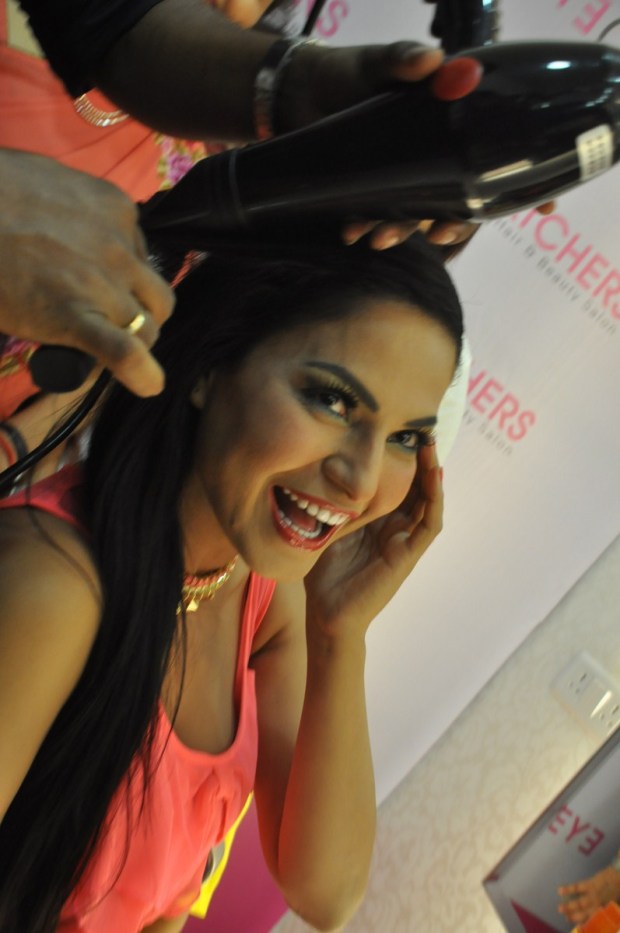 Veena (Malik) having some ‘fun-time’ at EyeCatchers, a hair spa in the city.

Do you love/hate Veena Malik?